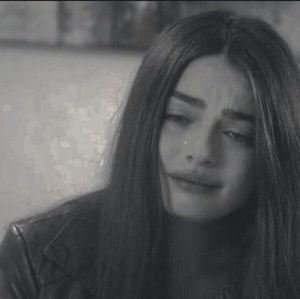 Amrit (name changed)had not believed her eyes and ears when she just discovered that her husband has been cheating on her for so many years.She found out about him accidentally on the internet when her friend pointed out to the similarities she noticed in her new instagram friend and Amrit’s husband,both the persons were no different from each other.She was shocked to see his pictures with another woman and a kid.Indeed it was her husband only. Amrit didn’t know what to do.She had become suicidal in her thoughts but the question of her three years old child kept her away from any such action.

She had been referred to us by the same friend.”I didn’t want to come for marital counseling “,said Amrit, “but now that I am here , I want to ask you a very pertinent question, “My husband has apologized to me for hundred of times.He promised to me that he has stopped his affair.He says he is committed to becoming a new man. My family too believes that he has changed. But my heart refuses to trust him .I feel I and my child {she has a three years old daughter } would be better off without an unfaithful husband. But my moot worry is whether I can really think of getting married again . Should I consider starting my life again with somebody unknown and new? Or should I really forgive my husband and become blind to his future clandestine affairs and trust he has improved now”. 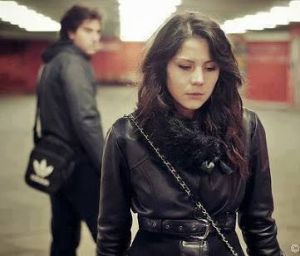 The pain of heartbreak, of loss of faith in her own worth and of loss of trust in her marital relationship is difficult to measure yet it is understandable. She has a lot to deal with in her life,in her marriage ,in her mental and emotional pain. To carry on the hurtful baggage, of her husband’s unfaithfulness, and a broken marriage to heal is definitely a tall order to ask for from any wife. The same is probably true in the case of Savi(name changed) whose husband unabashedly admitted to his affair when Savi had caught him red handed.

It is a very painful decision to make and decide to either sustain a marital storm of infidelity or to end and break a marriage when the hurt has been on account of complete loss of trust.

Is it possible to come back once the trust is broken? Is it possible to heal your family from the mental, emotional and social ordeal caused by infidelity of your partner? Does it make sense to just get out of the current relationship and start over with someone else?

Most victims of infidelity and marital cheating and /or other emotional abuse will prefer to believe that they’ll be safer in a new relationship .They definitely hope they will be happier with someone who doesn’t stray away from marriage or who doesn’t cheat on them or abuse them.

Yes it could be true .Such a wishful thinking is completely understandable . However, Sudha was quickly disappointed when in her case,her new husband proved to be much worse than her first partner.She had been abused by her husband of earlier marriage . It took her good five years to come out of it and get legal divorce .Her new husband who is a divorcee himself continues maintaining relationship with his earlier wife ,despite all objections from Sudha. His statement is ,”I feel responsible for her now that she has been wronged by me”.

In the case of Sudha(name changed) above, it appears that her husband really changed for his first wife where he felt responsible for her after having divorced her.But this certainly causes lots of hurt to Sudha.

I’ve seen husbands transforming themselves and changing their attitude towards marriage and family after getting the “I want a divorce” notice from their wives . This wake up call opens their eyes to the possibility of their losing the existing family. But mere words may not be enough .The couple needs to undergo marriage counseling and family therapy to ensure spouse learns the values of family ,love ,affection and fidelity.Having been awakened to the possibility of divorce and subsequent marital therapy sessions a spouse is less vulnerable to make the same mistake again and lose it all.

According to a survey by researchers at the University of Chicago, about 25 percent of married men and 17 percent of married women in the United States admit having been unfaithful sometimes or the other . Another research findings indicate the probability of cheating by partners in marriage closer to 25 percent of women and 40 to 50 percent of men.The statistics may not be much different in India given the spread of social media in all sections of society and the access to better online communication on these platforms.

I was not sure how Amrit’s husband’s promises will hold till he falls into another affair. What If Amrit gave him another chance,on my advise, what’s the likelihood that he’d make the same mistake that almost caused him to lose his family and daughter? But our persistence and the couple’s regularity and sincerity in attending all sessions of couple’s counseling did help bring about better understanding amongst the partners.Says Amrit,”your sessions have been very helpful.Even I understood where I had to make amends in my relationship and attitude towards our marriage.And as for my husband, he is a completely different man now with complete sense of loyalty love and affection towards me and our daughter “.

Yes I’m aware that this could be a rare case where a husband truly transformed himself and proved to his family that he’s changed. 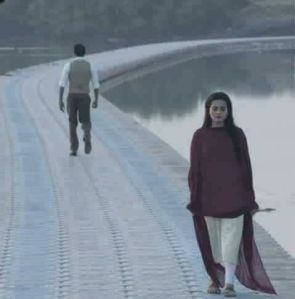 But If partners were to leave her husbands or the other way around,the very concept of marriage may have to be given a new meaning by the society.It has been my belief that a family is a place where a human can be educated,reformed and brought back with right counseling and marital therapy.Not that I would recommend cheating in this sacred relationship but our counseling and family therapy can ensure that this sort of transgressions would never happen to her again.

But as I had mentioned in my one of write-ups earlier, many wives continue suffering abuse in relationship for years and years .When they wake up to seek amends to the marriage and expect their spouses to mend their ways, it becomes too late.

The best advise here could be ,”to keep an eye on your spouse and read the signs of infidelity”,but it is not the intention of this writer to make a family a detective agency.

Yes it’s true an erring spouse has made serious mistake,but it is also true that the warning of a divorce and taking the kids away with you could be a very harsh wake up call for him to mend his waywardness and improve for future. He can become a better spouse better than anyone else not known and coming as a stranger into your and your children’s life.

We will help you with our counseling and family therapy to develop fulfilling and complete relationships between the two of you .

There is a very strong possibility that the erring spouse who had been disrespecting the marital relationship will now become very keen to transform it; into true love based marriage. 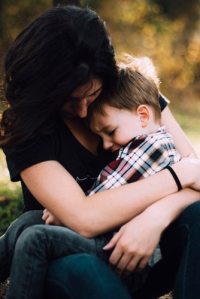 In situation to the contrary here the wife will have a choice. She can let her husband go and she can get out of the marriage. Her husband most likely will marry another woman and treat her like a queen. He will leave you saddled with the kids that you had from him (like it has happened to Divya (name changed) whose husband left her high and dry with a two years old child ,after their divorce.

The question obviously is: how do you heal from your hurt and ordeal? How do you forgive? How do you get to the head-space where you’re able to give your spouse another chance? These are the questions we help you find answer to in our Family Therapy and Marriage counseling sessions .

Come and discuss with us how to proceed.

You take the first step today and find the much needed happiness by calling on us @9179383554 or write to us @ mansikpramarsh@gmail.com