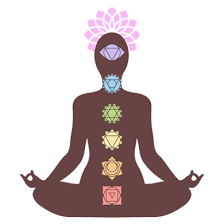 “Perceptive Meditation enables you live in and with your breath taking your mind away from your anxiety stress and worries of life .It empowers you to live in the moment with complete mindfulness of your soul ,body and mind “. Ramneek Kapoor.

What is Perceptive Meditation and What is Mindfulness ?

Mindfulness refers to the process of focussing complete attention to the present moment of life and living life in its every moment with complete awareness .This enables acceptance of life’s every moment in its totality and being aware of life in a non judgemental manner .In a way Perceptive Meditation and Mindfulness both work in the same direction for the same purpose.

How do Perceptive Meditation and Mindfulness help when Practiced together

It has very successfully been used as an effective intervention in a wide range of clinical disorders, including bodily distress disorder,psychosomatic pains, chronic stress disorder, anxiety disorders, depression, PTSD, OCD, substance abuse, and other neurotic and psychotic disorders bringing relief to the affected .

Veena a company general manager swerved her car swiftly from hitting the road divider on the highway on way back home from the office, as the driver of another car overtook without any warning or flashing the indicator. In a reflex action Veena lowered side window glass and threw expletives on the driver of the other car. She could see a lady driver in the other car too appearing to be in a hurry to reach home after the office . “It could have been the end of my life today”, thought Veena,who was in a hurry to reach home much before her husband would make it .

“Possibly the lady driving other car too has an enraged husband waiting at home . That’s why the lady appeared to be in a hurry or it is likely that she has a sick child waiting at home”, justified Veena to herself . She found the other car drivers behind her honking , who had been equally disturbed by her abrupt change of direction to the right of the road . She breathed a few more swearing as she eased her car on the road again. Such a scene has become quite common in almost all towns where people appear to be in a mad rush with the surge of anger seething under their breaths. Veena could cool anger by feeling empathy for lady driver of the other car. But how many of us can actually feel such an empathy for the one who has been the cause of our anger .

We seldom develop charitable opinion towards any one whom we feel has tried to hurt us or has been the cause of physical,emotional or mental harm to us.We would often first flare up and may be much later try to justify our anger towards the person. Veena could come out of angry stance much faster without causing any kind of damage to physical or emotional self as she had immediately associated the other person’s doing with more charitable view point. But for a minute let’s just think that Veena had responded instead with a rage and seething anger to the situation .In such an event she could have felt hypertension, anger, emotional hurt and a sense of insecurity of the road rage in her mind already occupied with many other issues of otherwise busy life at home and in her office. Veena’s open mindedness and her attitude of reflecting and then reacting actually saved her from many could have been negatives .

We have been talking of , “How to understand and handle depression” and also, “How to manage our emotions” .In order to do that we have to first learn that the word depression is not a situation of single event, it is in truth accumulation of many other events taking place in our psyche and physical self . The depression when analysed from such point of view reveals that, restlessness, irritation, anger, negative thinking, negative emotions, worry, melancholy ,feeling of isolation , lack of passion, absence of self worth and even absence of sympathy/empathy all put together become the manifestation of depression. Should we not then really focus on taking care of each of these components and rectify/control/ /or cure them individually /cumulatively to get rid of depression from our mind.

While talking of anger we realize that this particular mood is the most difficult one for all of us to manage and control.Even in anger the rage is the most damaging kind of reaction where the mind loses its power of reason and logic on account of its intransigence nature. The rage makes us most vulnerable to not only damage the perpetrator but also ourselves. Some of us might feel that if the perpetrator has damaged us then we must take it out on him and then we feel relieved . Well to each his own viewpoint but the fact remains that ,”anger is never without a reason but seldom a good one”.

But going back to Veena’s state of mind, her anger definitely arose from the sense of danger to her physical self and to that of her property(her car). But if she had not controlled herself , there would have been a chain reactions of her rage . Her foul mood would have persisted even after she had reached home would have found its victim in her children and her husband. Her emotional turmoil however soon died down as soon as she developed a more charitable and logical attitude towards the driver of other car.

The lesson learnt, “As far as possible whenever a situation for rage builds up pause for a second and logically analyse the situation. This itself will bring down the intensity of the anger and subsequent rising of the tempers”.

Let us analyse one more situation. Maharishi family has come out for a dinner with another family friend of theirs to a high class restaurant known for its elegant ambiance. As soon as the waiter had placed soup dishes on the table , Mrs Maharishi’s younger child insisted on serving the soup into her dish herself. The young baby could hardly handle the hot dish and she found herself spilling the soup all over on the table.

Mrs Maharishi burst out in anger and hit the baby hard on her back . The loud yelling of the baby startled a passing by waiter. The tray he was carrying had slipped out of his hands pouring the dish down on the customers sitting on the nearby table. Loud arguments followed in the restaurant . Eventually embarrassed Maharishi family walked out of the restaurant in a huff with their guest walking out without eating . 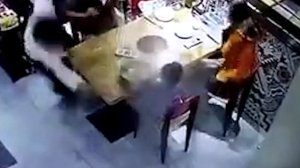 Many a times it would so happen that the anger comes to us in a sequence of various events and by the time we realize what has happened we end up losing control of the situation completely .This anger as we saw in the restaurant begins with one small event later on building up on the subsequent emotional reactions of angry outbursts.We just saw that anger had been building up on the earlier anger and the entire atmosphere had been converted into the inflamed oven of angry moods in the restaurant. The anger that had been just started with a small event got so intense after it found its subsequent hijacking devoid of any reason or logic .When we are engrossed into the angry atmosphere we just lose our sense of being and get carried away. This kind of anger had been built up not by the threat to the physical self but to the perceptive respectability, and disciplined family image of the Maharishi family . Mrs Maharishi felt insulted by the behavior of her child in the presence of her guests .She had hit the child rather than at that time she should have been taking control of the situation and calmed down the child.

Lesson learnt :Do Not immediately flare up and react instantly, more so when you have others around you.Take cognisance of the situation, Breathe awhile and let the anger subside within you, . You can always reflect later .Otherwise always remember that anger builds up on anger and sends an uncontrolled rush of emotional upheaval throughout the body damaging all reason and cognitive guidance of the mental faculty .

Let’s reflect on how to calm down in such situations .One way to handle anger is to allow a deviation of the mind like in Veena’s case where she had thought of empathy for the person causing the anger. Such deviation allows the mind cool down and develop a power of understanding within itself . Such power is very helpful in calming the mind always.

But in the other situation like that of Maharishi family the right way would have been to divert the attention of everyone from the scene but the intensity of the anger had been very high and hence the cognitive capabilities had been hijacked for everyone. Should we really allow that. Think how a little scolding can work better as compared to the only way of losing control of the situation and the mind completely.

Manoj and his wife had been having argument for over a week now over some trivial matter. His wife noticed that every time the argument had begun Manoj would simply slip out of the house and return much later after her temper had died down. She followed him in their next bout of angry expletives .Manoj had gone to the temple nearby and he sat amongst the bed of flowers in the green lawns of the temple. She sat next to him as he moved aside to offer her more space. All that was causing trouble in them had been forgotten .They both decided to come to the same place next time an argument would start among them.Manoj told her that he would always allow himself a cooling down period every time he lost his temper , by coming to the calm and serene garden. Such distraction really works wonders on the mind and makes it one with the atmosphere .

Lesson learnt : Move out to the place of your liking when you get angry. The place can be the garden nearby, a place of worship, a coffee shop, a favourite restaurant, a small drive around the corner .There you can reflect calmly on the atmosphere around rather than pursuing the train of anger from which you have just execused yourself .

Such actions appear very ridiculous in nature but they work very powerfully on our mind and bring down the rising temperatures in no time.