When Pooja  and Prakash  had been advised by their friends  to consult a family therapist , they had virtually not known , “what questions they should go and ask the counsellor”.Pooja and Prakash both have had a very private life . To them it was a very big task to go and meet a stranger and discuss  about their love and the  daily issues that had been causing the lovers’ tiff amongst newly engaged couple .Theirs had been an arranged affair. Pooja’s brother  and Prakash’s father worked in the same office . The meeting was arranged by the family after they learnt from Prakash’s father that they had been looking for a match for their son. Things materialised too fast and before   she could realise what had happened , they had been committed to each other. Pooja at times felt , she could have taken some more time to decide, and so did Prakash. They wanted that  they should know each other better before they plunge into the final nod of ,matrimony.

What should the couple ask a psychologist counselor  could be the dilemma   with every  who is in the process of tying the knots in the near future.   Some of the questions that a young couple may have in mind could   be  :

We look at some of the  answers in the lines below :

What is the right time for a Couple to Seek Premarital Counseling  and what the questions could relate to ?

Let’s Understand a few facts: We as individual live in a predetermined, self imposed ,self selected privacy as we go about our daily living in families and in various roles of society. Yet within this privacy we do have the necessary social interaction and relationships.   Marital counseling can help the couple develop a relationship that has the inbuilt system of allowing space to both the spouses and yet bring about the required intimacy for enjoying the new relationship.  The couple should evolve like two full grown flowers that spread a common fragrance of love and affection and yet appear beautiful in their own individual identity.    Every couple knows that their Dedication to Marriage will build stronger relationships.  Their dedication towards each other will bring about a strong love for each other, a sense of humor, willingness to grow up together, necessary strength for working towards a common cause, shared and tolerance for each other’s religious and cultural beliefs, and commonality of life’s goals.  This dedication will be built upon love, affection, empathy, allowance, understanding, commitment, communication, friendship and of course yearning for companionship.  All these adjectives together make a beautiful garden known as the marriage. One such missing petal can cause the whole flowers fall apart hence the mental strength gained through premarital counseling will provide the necessary feed, , sunlight   and the nurturing to the romancing couple and of course the bring down the ever rising divorce rate the world over. 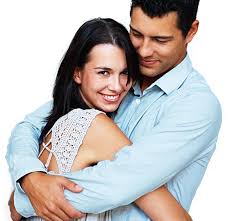 Suzy and Amit have been going steady for quite sometime now.Their families were happy that both of them had eventually decided to get married. Suzy was happy too as she celebrated the announcement of her engagement to Amit to all her friends by throwing a grand party. Amit too had attended it but he did not seem to be very happy with the decision. He wanted some more time to decide but had to say yes on account of family insistence.Suzy was quite taken aback by his reluctance.Suzy’s mother suggested they should consult a family therapist.

Nalini had finally found the love of her life when Abhishek had proposed to her . She was however zittery of sharing her life with someone for all times to come .She wanted that both she and her fiance Abhishek should consult a marriage counsellor to understand what lay in their life after wedding.

The decision to get married is a very happy moment but at the same time individuals (irrespective of the fact whether they are male or female) get very apprehensive of sharing their freedom, space, individuality and even responsibility of handing over the managing of their lives to someone else. Falling in love and getting engaged to someone you have fancied as life partner is very fascinating. The post engagement is a thrilling and a very delightful time. It is a time when dating, dreaming and fanciful planning takes place between the couples. Most of the couples come close and become emotionally fond of each other. The physicality of intimacy, close proximity and the idea of having fallen in love are very intoxicating. This period is the time to know each other and thereby cementing ties for a happy life long relationship. The couples in addition to falling in love should preferably take out some time together to get a positive premarital counseling. Such a premarital counseling will help the couples uncover and resolve many issues that could become too late after having been married.

Let us see what the premarital counseling means to newly engaged couple:

Premarital Counseling – a future Relationship Therapy: As blissful couples go through their engagement, looking at their own ring and adoring the engagement. They get busy preparing their wedding trousseau , finalizing wedding plans. There are enough people to take care of the details of the accessories. The couple should take out some time for the most important thing of all – their relationship at present and their relationship that is being built up through the sacred marriage. In earlier times of joint family systems, an older sister, sister in law, other seniors in the family like a grandmother, or an older aunt, some close family friend took over the counseling of the bride to be or the groom to be. But the independent single family system has deprived such a privilege to modern couples. Social thinkers and family psychologists recommend that each couple who has opted to get married and tie the knot should go through at least one session of premarital counseling. Couples may have specific needs in premarital counseling and therapy, such as following particular religious faith and culture, maintaining traditions of their family issues and the questions of sharing their personal world, privacy or possessions with another person and likewise, so there could be many questions lurking about the future life.

Ms Alka Kapoor M.A.Clinical Psychology Psychologist and Family Therapist hold an experience of 4 decades in the areas of family therapy and Relationship Counseling.Hundreds have been benefited by her gentle counseling.

Family therapy and Relationship Counseling is an exploratory journey  into the possibilities of bringing back the  pleasures of the love,companionship and heavenly bliss. 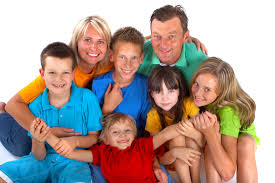 Though initially it may begin with personal pains but the best things occur once we undertake it.Do get in touch today.